I am not moved by plots to Remove me - Oshiomhole 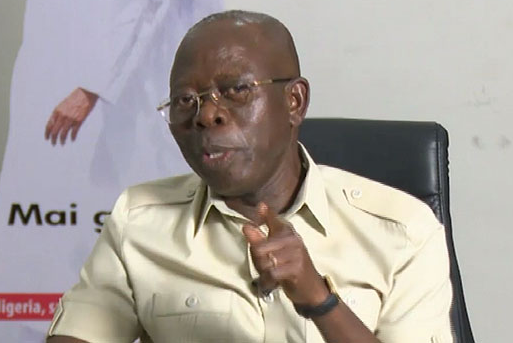 National Chairman of the All Progressives Congress, Adams Oshiomhole, on Tuesday 31 December 2019 said he was not bothered by the alleged plot to remove him from office.

Oshiomhole, who is facing the threat of removal by some state governors, said he remained committed to plans that would move the APC to greater heights. He spoke while addressing scores of party faithful in Iyamho, his home town.

Oshiomhole, urged his supporters to remain focused and continue to support the President, Major General Muhammadu Buhari (retd). He said there were facts of history which nobody could change concerning his reign as the national chairman of the APC.

He said, “I became chairman precisely on the 24th of June, 2018. We won the first election in Ekiti State. By the special grace of God, we also won the next election which was the Osun State’s governorship election. The next election was the Presidential and National Assembly elections, and by the special grace of God, we won the presidency and our President was re-elected for the second term.

“We went to Kogi State and we won. We then went deeper to the South-South, Bayelsa State, the heart of the Ijaw nation. We fielded a candidate; a humble man from a very humble beginning and as we can see, we have Bayelsa State. By February, he will be sworn in and the number of the APC governors will increase.

“So, I am proud to say that under my chairmanship, we won one state in the South-South. It is not just another state, it is a very special state, the state that produced the immediate past president. I have no enemies; I have brothers and I have sisters. Some may be happy with me today some may not be happy with me tomorrow but that is alright.

We have quality minds because the governance of our country and the quality of politics must reflect the quality of the people who are in it. So, we are not just celebrating good people today, we are celebrating quality re-union with my brothers and my sisters.
by EfoNews
Share to: