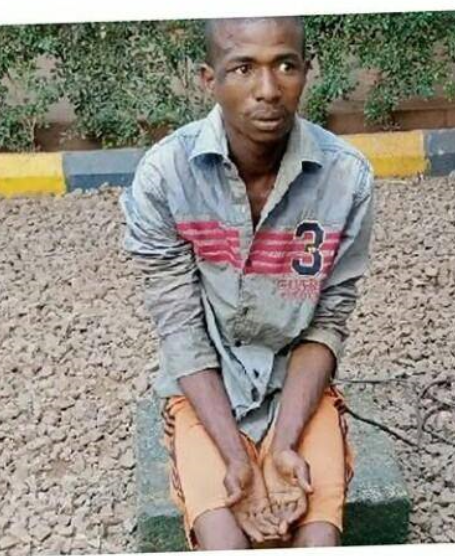 A twenty years old herdsman who goes by the name Laulo Isa was accused of raping a 54 years old woman to death on December 28, 2019 at about 8pm at Ugwulangwu, Ebonyi state has been arrested.

Isa confessed he only had one round of s3x with the woman before she collapsed and died. He claimed he was under the influence of alcohol when he committed this deadly act.

He also said he had no intention of raping her but the woman insulted him after rejecting his s3xual advances which made him angry.

According to what he said “I’m Laulo Isa. I’m from Nassarawa State. I came to work here in Ebonyi. I was seriously drunk and saw a woman in the night walking along the road, I approached her for s3x and she started abusing me.

We started abusing ourselves and I immediately pounced on her and she started struggling with me to free herself, I was seriously drunk at that time.

As I was on her, a man who was passing flashed his torchlight on me and I ran away. I don’t know whether I was having s3x with her but she was on the ground with me, I did not hit her with any object but I had s3x with her for one round.

I am begging for forgiveness.”
by EfoNews
Share to: