SERAP Pleased with the Release of Sowore and Dasuki, Urges Buhari To Obey All Court Orders 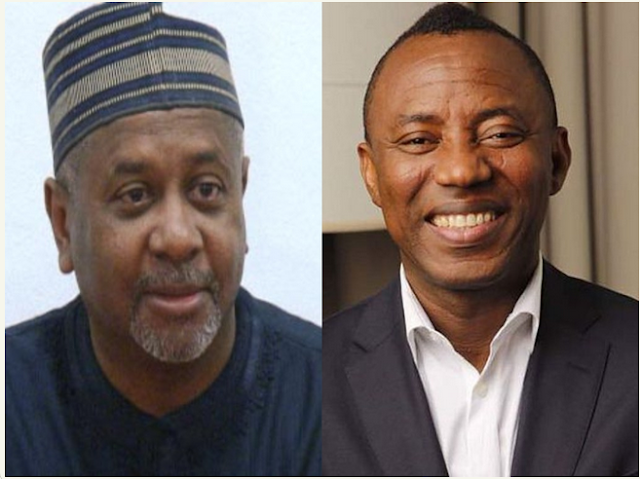 The Attorney-General of the Federation and Minister of Justice, Mr. Abubakar Malami (SAN) today reportedly directed the Department of State Services to release Col. Dasuki and Mr. Sowore from custody.

In a statement by SERAP deputy director Kolawole Oluwadare, the organization said: “This is a positive step by the Nigerian government. We hope that this signals a change in direction in Nigeria towards full respect for the rule of law, tolerance and greater openness by the government that would allow citizens to effectively enjoy their constitutional rights and fundamental freedoms.”

The statement read in part: “SERAP has consistently called for the immediate and unconditional release of Sowore, Olawale Bakare and other prisoners of conscience. The President Buhari government should now immediately withdraw all charges against Mr Sowore and Olaware Bakare and all others detained simply for exercising their right to freedom of expression. They should never have been charged in the first place.”

“We also call for the immediate and unconditional release of journalist Agba Jalingo and all those still detained on bogus charges, having spoken out in favour of greater democracy, freedom of expression, association and peaceful assembly.”

“The government should have immediately obeyed court orders releasing Sowore, Dazuki and others on bail.”

“The President Buhari government must cease the restrictions on the civic space, respect human rights, and immediately obey all outstanding court orders including at least four judgments obtained by SERAP. The first is the judgment by Justice Hadiza Rabiu Shagari ordering the government to tell Nigerians about the stolen asset it allegedly recovered, with details of the amounts involved.”

“The second judgment, by Justice Mohammed Idris, ordered the government to publish details on the spending of stolen funds recovered by successive governments since the return of democracy in 1999, while the third judgment, by Justice Chuka Austine Obiozor, ordered the immediate release of details of payments of billions of naira to all defaulting and allegedly corrupt electricity contractors and companies since 1999.”

The fourth judgment, by Justice Mohammed Idris (as he then was), ordered Mr. Buhari to prosecute senior lawmakers suspected of padding and stealing N481 billion from the 2016 budget. The court also ordered Mr. Buhari to “direct the publication of the report of investigations by security and anti-corruption bodies into the alleged padding of the 2016 budget.
by EfoNews
Share to: