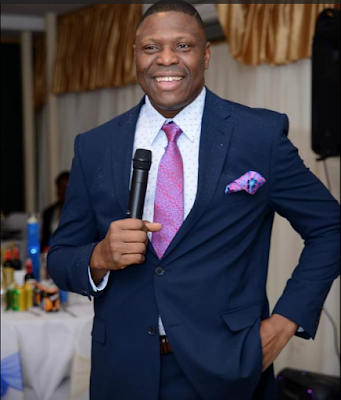 Police in Spain have named the three members of a British family who drowned in a hotel swimming pool on the Costa del Sol on Christmas Eve.

They died at the Club La Costa World resort on the Spanish coast, about two miles to the south of Fuengirola and about 20 miles from Málaga.

Diya was minister in charge at Open Heavens in Charlton, south-east London, which is part of the Redeemed Christian Church of God (RCCG), a Nigeria-based network of religious groups.

According to Spanish police, Comfort got into difficulty while playing in one of the 21 swimming pools at the resort.

Her father and older brother jumped in to try to save her but also struggled in the water. Despite poolside attempts to resuscitate them, all three died at the scene. A witness told the Mirror that Diya’s wife prayed as CPR was performed on her husband and children.

A neighbour of the family described the Diyas as “very religious, very friendly, very humble” and said she was “devastated” by the news of tragedy.

Speaking outside her home in Charlton, south-east London, Lara Akins, 59, added: “I still can’t comprehend it, it’s still shocking. They are so nice, that is why everybody is shocked... we are very friendly with each other.”

After the incident police divers retrieved the girl’s swimming hat from the pool’s pump, but found nothing wrong with the pool’s filtration and pump system.

Staff from the resort told Spanish media that several employees had rushed to the poolside when they heard the screams for help, performing CPR and using defibrillators in an effort to revive the Diya and the two children.

Diya’s wife and the third sibling had been given psychological treatment, the reports said, adding that investigators had paid particular attention to the pool’s filter system and taken samples of the water for analysis.

The resort management, which has opened its own internal investigation into the incident, denied any negligence and insisted there was “no problem” with the pool which was “totally fit for swimming”.

The pool did not have lifeguards on duty at the time of incident, according to local reports. It has since reopened to the public.

"With heavy hearts, we extend our condolences to the family, parish, friends and associates of Area Pastor Gabriel Diya who sadly passed away, along with two of his children - Comfort Diya (9 years old) and Praise Emmanuel Diya (16 years old) - in a tragic incident while on a family holiday in Spain on 24th December 2019.

Pastor Gabriel Diya, who was also the Parish Pastor of Open Heavens, Charlton in London was aged 52. He is survived by his wife Assistant Pastor Olubunmi Diya and their daughter.
At this very difficult time, our prayers are for Pastor Gabriel Diya's family, the parishes that were under his supervision, friends, associates, members of RCCG and the general public."