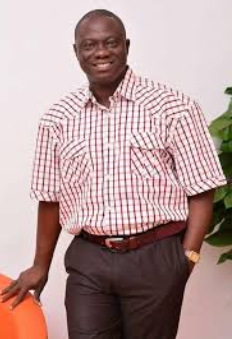 A member of the House Representatives has kicked against the plan to spend N37 billion for the renovation of the National Assembly complex.

Bamidele Salam, a member of the Peoples Democratic Party representing Ede North/Ede South/Egbedore/Ejigbo Federal Constituency, said the National Assembly does “not need a 37 billion Naira renovation of that edifice.”

“Apart from the Chambers of the NASS which need some upgrade in the audio and recording system, the entire structure needs no renovation more than our classrooms, hospitals and roads which are mostly in a decrepit condition,” Salam said in a Facebook post on Sunday.

“As an advocate of an aggressive microcredit strategy for job creation, I would rather want to see 370,000 small businesses get 100k interest free loan within 12 months rather than have 1 edifice swallow that sum within the same period,” he said.

He also said he will put opinion forward on the floor of the House of Representatives when the House reconvenes in January.

“If we mop up all funds voted for renovations of the Presidential villa and other offices of political leaders and top civil servants, we will raise more than a quarter of a trillion Naira that can be injected into SMES in the coming year.

“I will, by God’s grace, be making this open advocacy on the floor of the House of Representatives when the House reconvenes in January. It is never too late to change a wrong policy,” Mr Salam emphasised.

The allocation was first mentioned by the Senate President, Ahmed Lawan, who said Buhari approved the amount after lawmakers met with him to explain the poor condition of the legislative building in Abuja.

The budget has attracted widespread condemnations from man Nigerians who took to social media to speak against such spending by the lawmakers.

Lawan, in the defence of the budget, told journalists that no major renovation had been done on the National Assembly property for 20 years and many parts of the property had become dilapidated.

“The phase one renovation will commence – the chambers and committee rooms in the white house. ₦37 billion was sourced and was given. It was put under the FCT, not national Assembly. All we require is to have the complex renovated,” Lawan said.

“When we are through with phase 1, we will go to phase 2. It is not under the control of the National Assembly. The complex is a national asset and is for the FCDA to take care.”
by EfoNews
Share to: