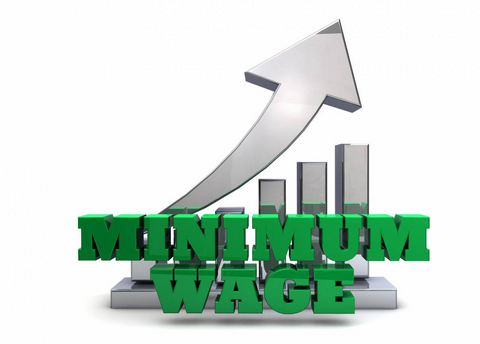 Barely two days to the deadline given by Organised Labour to states to conclude negotiations on the implementation of the N30,000 new National Minimum Wage, some state governors have started a last-minute rush to meet the cut-off date of the labour union.

The Nigeria Labour Congress (NLC), in a communiqué at the end of its meeting with the state council chairmen last week, said it would not be able to guarantee industrial peace in states that failed to conclude negotiations and begin payment of the new minimum wage by December 31, 2019.

In the communiqué, which was jointly signed by the NLC President, Ayuba Wabba; General Secretary, Emmanuel Ugboaja; and the National Chairperson of the Joint National Public Service Negotiating Council (Trade Union side), Simon Anchaver; the NLC said states that had yet to commence negotiation might experience industrial disharmony from January if the governors refuse to do the needful.

The new minimum wage Act was signed into law on April 18, 2019, by President Muhammadu Buhari.

Also, Benue, Enugu, Bayelsa and Ebonyi states have ruled out the possibility of meeting up with the deadline.

In Kwara State, Mr Rafiu Ajakaye, the Chief Press Secretary to Governor Abdulrahman Abdulrazaq, said the governor had shown a commitment to meeting the deadline by constituting the minimum wage 15-member committee earlier to work out the modalities for the implementation of the new minimum wage.

Also, a member of the implementation committee and state Chairman of the Trade Union Congress (TUC), Mr Kolawole Olumoh, last week, said: “We have commenced negotiations with the state government and Insha Allah, we are going to meet the deadline. Though some states, including Kwara, have paid the December salaries of their workers, since we have commenced negotiations in our case, I’m sure we are going to meet the deadline.”

In Delta State, Commissioner for Finance Fidelis Tilije promised that the committee would conclude seating on the matter by Tuesday (December 31).

He said: “We have been meeting and already negotiating with labour. I’m so sure by Monday or Tuesday, we must have resolved completely, and should be able to come up with the final agreed minimum wage pay for Delta State.”

Also, the state Secretary of NLC, Mr Innocent Ofoeyeadi, said: “We are engaged in dialogue with the committee of the state government and they would have to pay the new minimum wage this December. But because of the issues of figures in the proposal, it will not reflect until we resolve them.”

In Edo State, Special Adviser to the Governor on Media and Communication Strategy, Crusoe Osagie, said the state government had already set up a committee on the implementation of the salary scale.

Meanwhile, the NLC chairman in the state, Mr Sunny Osayande, said there was no cause for alarm, adding that they were praying for the governor to be able to implement the new scale in December.

He added: “The governor is working seriously I must confess to you even though he is not talking. By the grace of God, Edo will meet the December 31 deadline with the work ongoing right now in the state. We have met him already and he has assured us.

“He said they should work out how much is involved and we discovered that what we are going to add to it is going to be very minimal, so there is no cause for alarm,” he said.

In Katsina State, the Special Adviser to the Governor on Labour and Productivity, Mallam Tanimu Saulawa, said the state was optimistic about the fruitful outcome of its current negotiation with the state chapter of the NLC before the December 31 deadline.

Saulawa said: “The deadline has not come. We are still discussing with the workers. We do not envisage any problem over the minimum wage issue. Do not forget that His Excellency is workers’ friendly and he does not joke with issues concerning workers.

“We have a committee that is discussing with the workers and anything can happen between now and the end of December. But I am sure that by the grace of God, everything will be positive.”
The state chairman of the NLC, Mr Hussaini Hamisu, also said he was hopeful of a fruitful outcome on the current negotiation between labour and the government.

“We are going to conclude the negotiations before the deadline. We hope that the whole thing will be fruitful,” he added.

Also, the Ogun State NLC Chairman, Emmanuel Bankole, said negotiation was ongoing with the state government, adding that the state would meet up with the deadline.

When asked if labour would extend the December 31 deadline for negotiation to be concluded due to the delay in constituting the committee, Bankole said it might not be necessary.

“Negotiation is in progress; we just left the committee now, it is ongoing and we are hopeful that we can still conclude it by December 31,” he added.

In Borno State, the chairman of NLC, Mr Bulama Abiso, also expressed hope that negotiations would be concluded before the deadline.
“We are negotiating and very much hopeful of the fruitful outcome. Therefore, the issue of starting an industrial action does not arise for now,” he added. 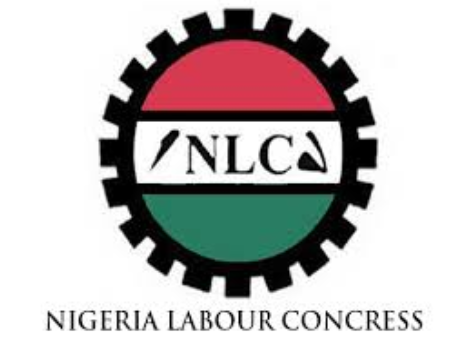 In Osun State, the Chairman of the Joint Negotiation Council, Bayo Adejumo, said the December 31 deadline could still be met.
He added: “Osun State government has shown willingness. They recently requested for names of labour negotiating team and we have submitted that. I believe they are also putting together their team. Before the end of the month, negotiation will commence and I believe the negotiation will not take a long time.”

Also in Enugu, the state chairman of Joint Public Service Negotiating Council, Mr Chukwuma Igbokwe, said the December 31 deadline was just a template but that they would conclude negotiation before January 31, 2020.

Commissioner for Information Chidi Aroh neither answered his calls nor responded to a text message sent to his mobile phone.

In Taraba, the state Chairman of NLC, Mr Peter Gambo, said the organised labour was worried over the delay by the state government in setting up the negotiation team.

But, the Special Assistant to Governor Darius Ishaku on Media and Publicity, Mr Bala Dan-Abu, said the government was not opposed to the negotiation. He said the committee would soon be constituted.

In Imo State, the Secretary to the State Government, Uche Onyeagocha, said the governor would inaugurate the joint negotiation committee before the December 31 deadline

In Ondo State, chairman of NLC, Mr Sunday Adeleye, said a meeting had been scheduled for Monday, adding that if the meeting was deadlocked again, the unions would make their next line of action known.

The Head of Service, Mr Dare Aragbaiye, who is the leader of the government team, could not be reached on Friday.

In Cross River State, the Vice-Chairman of NLC, Mr Lawrence Achuta, said: “We have not held any meeting on that. Hopefully, before the end of the year, we may likely have a state executive council meeting after which we will decide. So, we are just hoping that perhaps before that December 31 something positive will come up.”

The Special Adviser on Media and Publicity to Governor Ben Ayade, Mr Christian Ita, however, said: “I’m not sure there is an issue to it because if there was an issue to it, you will see labour agitating.”

In Bayelsa State, the NLC chairman, Mr John Ndiomu, said the organised labour would take it up with the government if at the end of January 2020 the new scale was not implemented. “By January 2020, if they (the state government) don’t pay, we will make small trouble with them,” Ndiomu said.

In Ebonyi State, the NLC chairman, Mr Nwafor, said the state government’s claim that it had negotiated the minimum wage with workers was a lie.

“Of course, we are not aware of the negotiations and don’t know the people that it (government) signed the agreement with.

“So, if after looking at what they had done and it’s right, we will adopt it; but if it’s wrong, we will join others and embark on the imminent strike.”

In Oyo State, the NLC Chairman, Mr Bayo Titilola-Sodo, said he would not speculate on whether Oyo State workers would embark on strike or not by December 31 if the state government did not start the implementation. He, however, said the union would liaise with the national body when the right was right.

The Chief Press Secretary to Governor Seyi Makinde, Mr Taiwo Adisa, said: “The governor had made it clear that we are going to get the matter resolved and the labour has keyed into that because of the sincerity of purpose and transparency they have found in this government.”

In Gombe State, the Secretary of NLC, Shuaibu Chiroma, said negotiations would commence on December 30 (Monday), adding that final decisions would be taken on Tuesday.

But the Special Adviser to the Gombe State Governor on Public Communications and Strategy, Dr Anas Kubalu, said: “The government has inserted the minimum wage and consequential adjustment to the issue of salary in the 2020 budget.”

Speaking on the development, the Secretary-General of Trade Union Congress (TUC), Musa-Lawal Ozigi, said any governor who fails to implement or show commitment before the Tuesday deadline would be deemed to have declared war against labour.

The Kano State government has commenced the payment of the N30,000 minimum wage and the consequential adjustment that follows for workers in the State, this December.

In Kano, the agreement reached at the end of the committee meetings, in the new minimum wage of N30,000, was held between the State Government and the joint Public service Negotiating Council on Thursday 19th December, 2019, with members from the Government and Labour’s side agreed to commence payment from December, 2019.

The letter reads: ”Government has agreed to commence the payment of the new minimum wage, effective from December, 2019, while arrears of April-November, 2019, will be settled on instalment basis.

”Having resolved on the above percentage increases, as well as the salary tables of the affected categories attached herewith, three representatives each from the Government and Labour side, as well as two witnesses from each side do hereby append their individual signatures as follows:

While inaugurating the 16-man committee, which has the Head of Service, Sir Onyi Wamah as Chairman, at Government House, Umuahia, Ikpeazu assured that the government was committed to paying the new minimum wage to Abia workers.

The governor, who was represented by his Deputy, Sir Ude Oko Chukwu, mandated the committee to expedite action and submit their report on or before the 31st of December 2019.
by EfoNews
Share to: