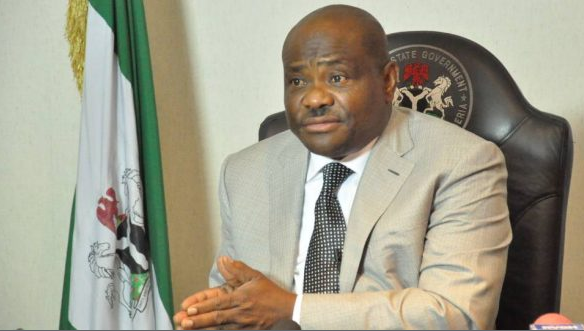 Gov. Wike of Rivers state has accused Dickson of trading the State to APC to avoid EFCC probe. The rift between the governor of Rivers State, Nyesom Wike, and his counterpart in Bayelsa, Seriake Dickson, on Monday, December 23, took another twist as the former accused the the latter of anti-party.

PM reports that Wike accused him of trading off the State governorship post in exchange for protection from Economic and Financial Crimes Commission (EFCC) probe.

Legit.ng gathered Wike alleged that Dickson struck a deal with the ruling All Progressives Congress (APC) to lose the state in exchange for protection from the EFCC after handing over. It would be noted that the APC’s Lyon David defeated the Peoples Democratic Party (PDP) candidate, Senator Douye Diri, in the November 16 governorship poll.

It was the first time an opposition party would win the governorship seat of the State, long assumed to be an impregnable PDP enclave.

Wike’s exposition ran counter to reasons adduced earlier by political commentators that Dickson wronged PDP juggernauts, such as former President Goodluck Jonathan in the state by solely picking the governorship candidate and his deputy.
Wike, according to a statement by his special assistant on electronic media, Simeon Nwakaudu, insisted Dickson merely traded off the seat for his post-governorship protection.

He said that the outgoing Bayelsa State governor was never committed to the PDP all through the elections.
He said: “We are the only State in the south-south that President Muhammadu Buhari never got 25 percent. Buhari got 45 percent in Bayelsa state. So who colluded with who? It is now that Dickson has realised that they played him?
“All those nocturnal promises were not kept. I challenge Dickson to ask his candidate, Senator Douye Diri the contributions I made. Is it because I didn’t pass it through him? Dickson planned for PDP to fail elections and he is now crying federal might.

“Nobody could tell him anything. During his second term election, people resisted the army. But this time, they left him alone. You cannot accord former President Goodluck Jonathan respect. Simply because Rivers state honoured Jonathan, Dickson became angry.”
He said Dickson concluded plans to join the APC. Timipre Silva and Heineken Lokpobiri blocked him. He knew I have strength. He would have consulted me.
“Dickson colluded with these people so that EFCC would not arrest him when he leaves government," he said.

He berated the Bayelsa governor for not developing the state, pointing out the N70bn devoted to the airport project was needless.
“Contrary to the allegation by the outgoing Bayelsa state governor, there is no local government Area in Rivers state where we don’t have projects.
“Let him mention the projects he has in the eight local Government Areas of Bayelsa state. Dickson cannot in all ramifications compare himself to me in terms of development," he said.

Wike said while Rivers State is a major construction site, the Bayelsa governor has failed his people by refusing to utilise their resources judiciously.
He said that for a small State like Bayelsa, it was wrong for the outgoing governor to expend N70billion on an uncompleted airport when Bayelsa State lacks good roads and basic infrastructure.