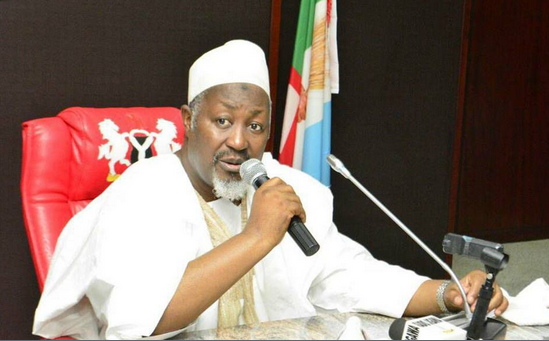 News reaching us says the Jigawa State Government says it has commenced payment of the new minimum wage to its workers.

The Head of the State Civil Service (HoS), Alhaji Hussaini Kila, made this known in a statement in Dutse on Tuesday.

Kila said already some of the workers had received bank alerts of their December salary reflecting the new minimum wage.

He called on workers to reciprocate the gesture through dedication to their duties.

The News Agency of Nigeria (NAN) recalls that Gov. Muhammad Badaru of the state had on Dec. 4, promised to implement the N30,000 minimum wage approved by Federal Government to its workers in December.

After the signing, the governor directed the head of service and Secretary to the State Government (SSG) to ensure the commencement of payment by December.

“I am, therefore, directing the HOS and SSG to ensure payment of the minimum wage in December salary,” Badaru said.

The agreement was signed by the state government, Nigeria Labour Congress (NLC) and the Joint Public Service Negotiation Council (JNC).

The state Deputy Governor, Alhaji Umar Namadi, signed on behalf of the state governor, while Mr Sunusi Alhassan and Hassan Auwalu, the NLC and NJC Chairmen, respectively, signed for the unions.
by EfoNews
Share to: