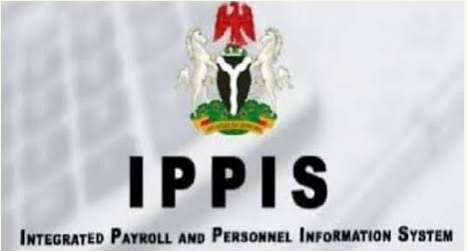 The media has been inundated with speculations on imminent strike by the Academic Staff Union of Universities (ASUU) over the face-off between members of the union and the Federal Government for their refusal to register on Integrated Payroll and Personnel Information System (IPPIS), the new platform for the payment of Federal civil servants’ salaries.

ASUU National president, Professor Biodun Ogunyemi, recently declared the outright rejection of the IPPIS platform by members of the union at a press conference on 11th December 2019, after the union’s National Executive committee (NEC) meeting held at the Federal University of Technology, Minna between 7th and 8th December 2019. The following are ten reasons why ASUU has rejected the IPPIS:

*1. Emasculation of University Councils.*
The ultimate authority put in place for the smooth running of a university is the university council. With the IPPIS, the body becomes severely marginalised and rendered as powerless as a toothless bulldog.

*6. It is unduly expensive.*
A major reason why ASUU is not in support of the IPPIS is that it sees it as a glorified scam. The union recently alleged that the FG is planning to pay contractors handling the project up to N2 Billion if all academic and non-teaching staff members are enrolled. This figure was arrived at by multiplying the contractors’ charge of N16,000 per person per month with the total number of federal university workers.

*7. Fears that lecturers above 65 years old will not be captured.*
The normal retirement age for regular civil servants is 65, but a special dispensation has been granted lecturers in the professorial cadre to retire at 70. This agreement was reached a few years back in accordance with global best practices. This fear by ASUU is real as the FG has not responded satisfactorily to put the worries of the lecturers to rest.

*8. Higher taxes.
To help arrest the incessant brain drain* whereby Nigerian academics migrate in droves because they too often get better offers abroad, their annual income taxes are jointly negotiated between the unions and the tax authorities. It is a well known fact that workers already on the IPPIS pay higher taxes than they previously paid. Lecturers are not happy to be overtaxed for substandard or non-existent public utilities and municipal services.

*9. Fears on non-payment of salary arrears arising from delays in processing promotions.*
The system of promotion in universities is such that the internal and external procedures are lengthy and cumbersome. In some universities like Obafemi Awolowo University, Ile-Ife, it could takes up to five or more years before the announcement of a person’s promotion into the professorial cadre. It is widely believed that the IPPIS does not have provision for the payment of such salary arrears.

*10. Serious infractions arising from errors, shortfalls and non-payment of salaries.*
There is ample evidence from the experience of institutions already on the platform that errors in the system often manifest in the form of shortfalls or non-payment of staff salaries. The experience of the University of Maiduguri Teaching Hospital in which the November 2019 salaries of staff members were unpaid is instructive on this matter. Unlike in the past when payment errors are corrected locally, there are reports that affected staff members on the IPPIS have to visit Abuja personally to get payment errors rectified.

To be fair to ASUU, some of the issues raised above can be negotiated and factored on to a platform managed by the National Universities Commission (NUC), but the dictatorial arrogance with which the FG is dealing with the union does not augur well for the intellectual health of the country. The FG needs to come down from its high horse and allow universities to manage its finances in line with global best practices if it truly desires the advancement of this country.
by EfoNews
Share to: