The Next Fight For Gov. Lyon is the PDP-Dominated House of Assembly 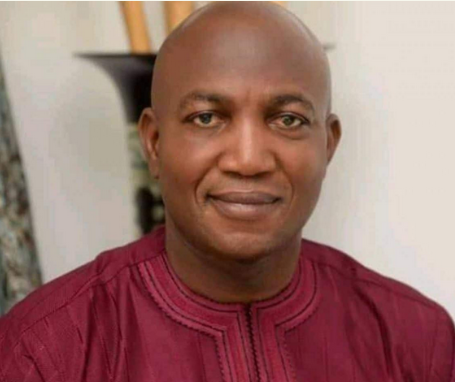 With the emergence of the All Progressives Congress (APC) governorship candidate, Chief David Lyon, as governor-elect in Bayelsa State, he is expected to “scale the hurdle” and relate with the Peoples Democratic Party (PDP) dominated state House of Assembly. In the 24-member House, the PDP has 19 while APC now has five, with the conclusion of the supplementary election in Brass Constituency I where APC’s Charles Daniel won in last Saturday’s re-run in the constituency.

This would be the first time since 1999 that separate parties would control the executive and legislative arms of governance in the state. Certainly, the first leadership crisis that may ensue in the assembly is the change of the Speaker, Mr Monday Obolo, who is from the same Southern Ijaw LGA with the incoming governor, David Lyon.

The chairman of All Progressives Congress (APC) in the state, Barrister Jothan Amos, while speaking with Daily Trust on cooperation between the incoming governor and the House of Assembly, said Lyon, as a person who has interest in the development of Bayelsa and the empowerment of his people, would maintain a cordial working relationship with the legislators despite party affiliation.

He said: “The incoming governor in person of Chief David Lyon is an amiable person and there is nobody he cannot work with, he can be alone in APC and still work with opposite lawmakers, he is known for development, so he will do very well because those people in the House of Assembly are yearning for development.

“This will be possible because the leadership of PDP under Governor Seriake Dickson has been oppressing them, they too are happy about the APC victory, so there is no cause for alarm, what Bayelsans need now is good governance, infrastructure developments and security, which Lyon promised during his campaigns. “What happened in the just concluded election was the manifestation of the will of the people who wanted to be librated from the bondage Dickson subjected them.

They simply expressed the fact that they were tired of darkness, underdevelopment, non-payment of salaries, too many abandoned projects, delapidated schools, insecurity and misappropriation of public funds. “The people expressed their disappointment in the PDP-led government at the polls, this was done without any form of financial inducement.

If at all Dickson has learnt to receive wise counsel, I would suggest he rather starts offsetting the many debts he owes Bayelsa civil servants and not to continue to make comments that would bridge the existing peace Bayelsans currently enjoy. “Members of the Bayelsa House of Assembly should reason above party affiliations and join hands to work for a greater Bayelsa which the APC and the governor-elect promised, we should join hands together for the future of our children and Ijaw people.”

Speaking after receiving the certificate, Lyon who dedicated his victory to the people of the state, promised to carry every Bayelsan along and urged the people to bury party considerations and work for the common good of the state. He said: “I thank INEC for its commitment to the conclusion of the elections despite pressures to do otherwise. “To all the people of Bayelsa, this is the time to come together to build our dear state, my victory at the polls is for the people and I am assuring you, my people, that I will not fail you. “The APC-led administration will be for a total change which Bayelsa is going to be witnessing in the next few months. I believe in this context, everyone is a winner.

“Let us come together and ensure that the state develops and there will be ecurity and investors.” He said. A PDP House of Assembly member who spoke on condition of anonymity, said the lawmakers would work with the incumbent administration in the best interest of the state and democracy to thrive.

He denied any plot to impeach or delay appointments made by the incoming governor, saying that since the people of Bayelsa had spoken through the ballots, the lawmakers would respect the people’s will. “Every Bayelsan is yearning for development, none of us is planning for confrontation with the incoming governor, I believe when the time comes, the leadership of the House will make a statement, but as far as I’m concerned, we should be more after the good of our state and not busy about which party controls the arms of government.

“Our duty is to make laws and carry out our oversight functions properly, we should not antagonize the executive, the same way the executive will not under-estimate us, we are all working for the good of Bayelsans. “If the governor sends any communication when he is sworn-in, we will consider it, its our duty, the people of our state have spoken, we should not stand against it,” he said.
by EfoNews
Share to: